This program, originally made as a graded assignment for university, is intended to let people get acquainted with the extraordinary Mandelbrot set. The program can be used to explore the figure, and get impressed by its qualities.
Because of the added colourations, this program can also be used to create beautiful images. 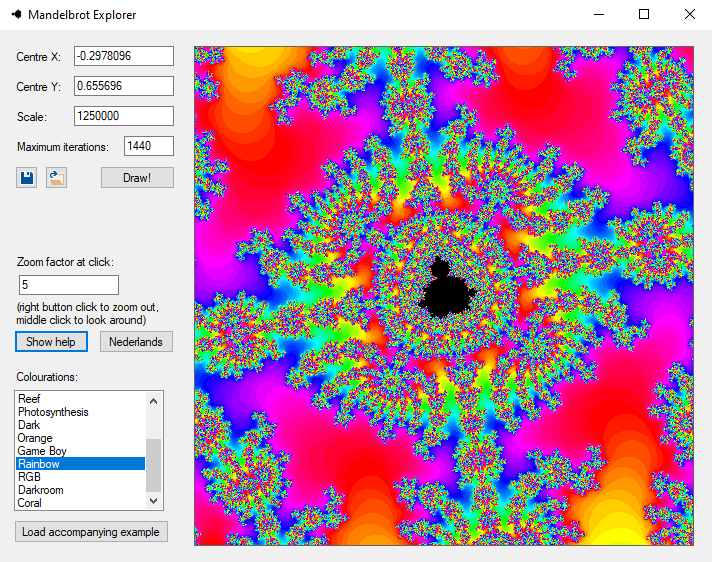 This is an application for Windows PCs, written in C#. It has been improved quite a lot since handing in the assignment (on which we got a 10.3/10, somehow), and since the first public release.

The Mandelbrot set itself was not invented by me. However, it doesn't look like fractals can be copyrighted. The icons included in the program are part of the Visual Studio Image Library, which can be used for free as long as their use is consistent with the intended use (which I hope they are).
This program was written by me, 607, and parts of it by a fellow student, erraticEnki. This program may not be redistributed or modified.
You may, however, use images created with this program in any way you might desire. This includes images saved from the examples that come with the program.